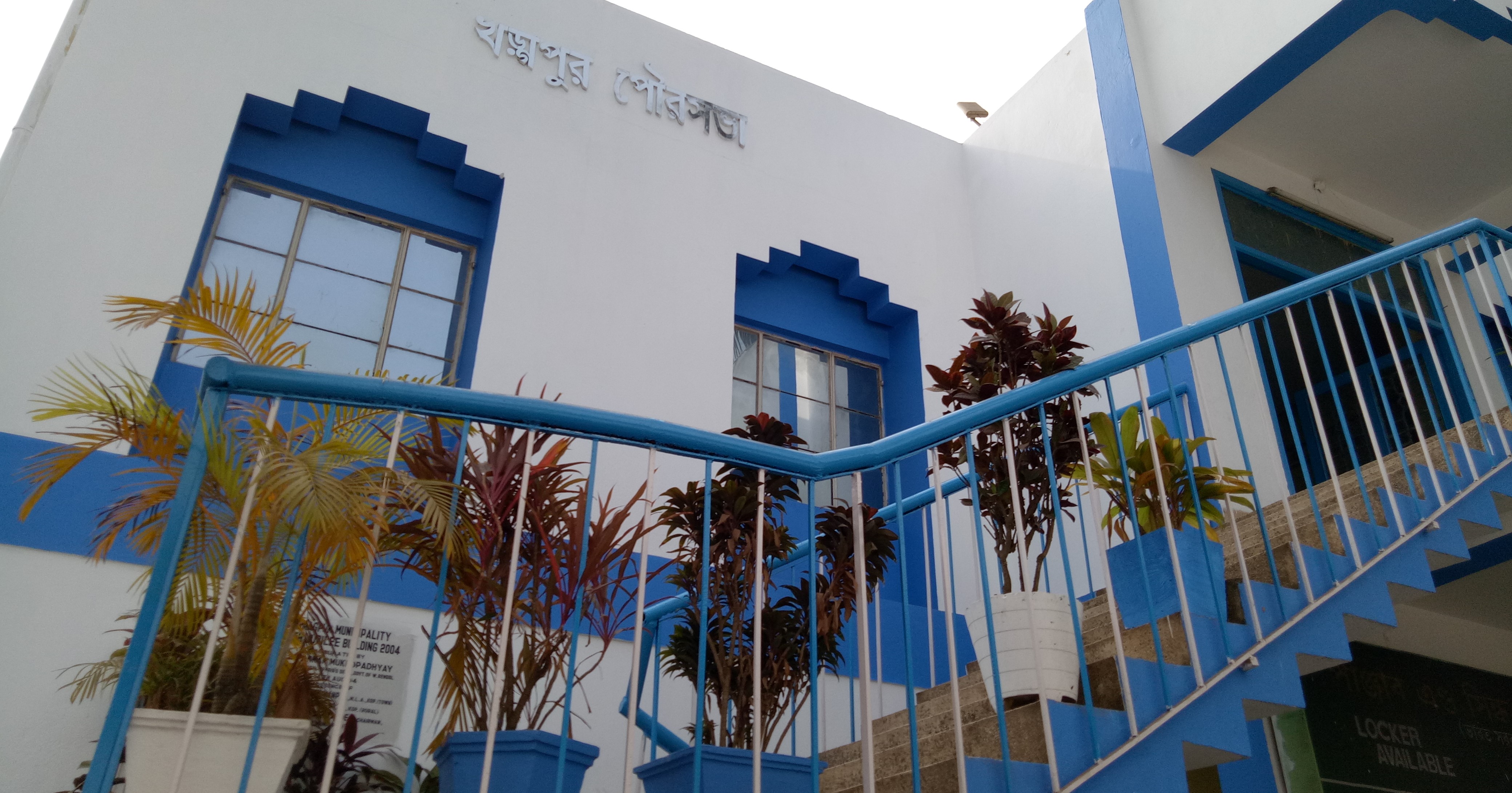 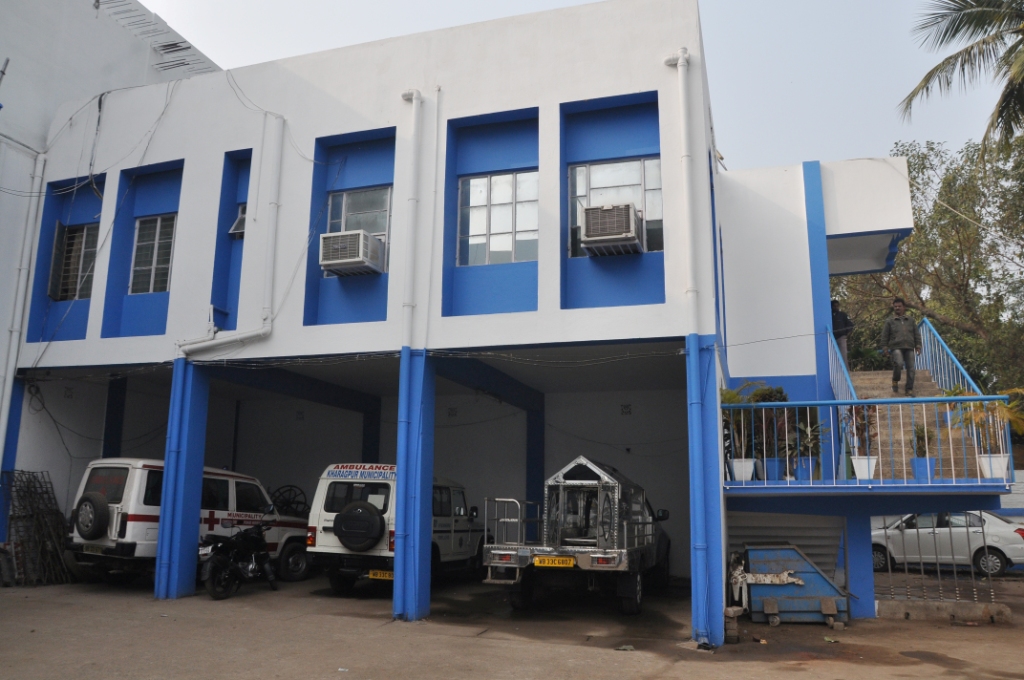 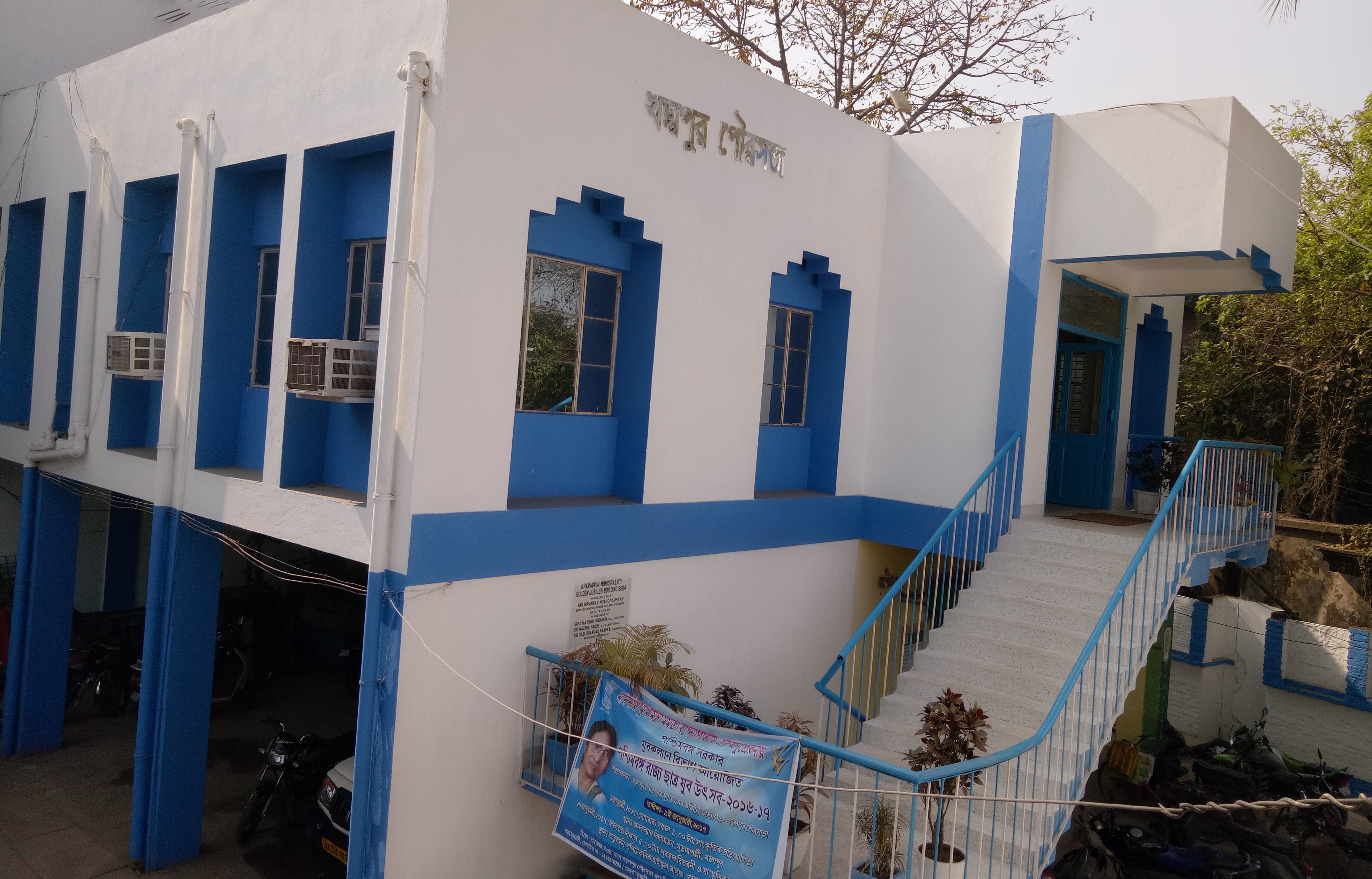 Desk of the Chairman 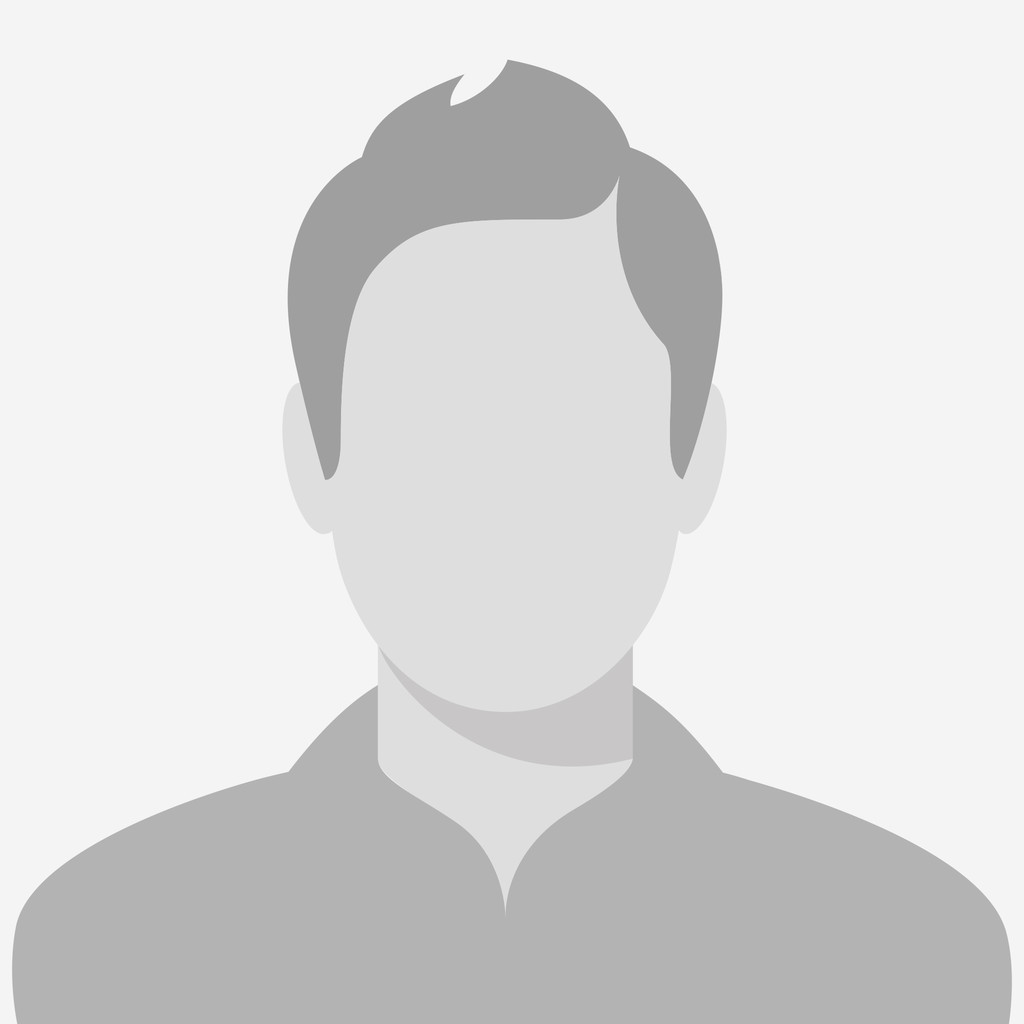 Kharagpur is situated in the District of Paschim (West) Medinipur in West Bengal. This town is about 120 Km far from the State capital, Kolkata and is connected by means of NH - 6 . In 1911  Kharagpur was declared a town with the population of 18,957  became a town from a humble railway hamlet. In 1951  Kharagpur was given the status of the city with a population of 1,20,630 and in 1954,the Kharagpur municipality was constituted with five wards and increased to 25 wards in 1961. Keeping in view the emergence of Kharagpur as an urban town with the rapid growth of trade and commerce, industry, business prospect and employment opportunities, Kharagpur Municipality has already strengthen its infrastructural development works by providing fund from various sources of income of the Municipality along with financial assistance both from State Govt. and Central Govt. 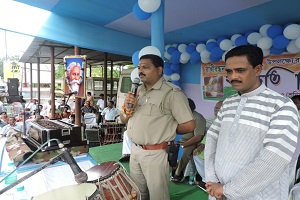 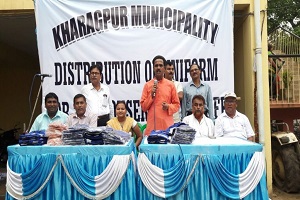 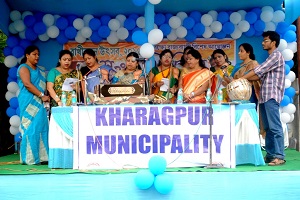 Desk of the Chairman

A healthy welcome to the official website of Kharagpur Municipality. Kharagpur, the most important satellite township of the district of Paschim Medinipur. It is a multi-cultured & cosmopolitan town and also known as "Mini India". It is the most populated city of Paschim Medinipur district. Kharagpur, the fourth largest city of West Bengal in area after Kolkata, Durgapur and Asansol and fifth most populated city of West Bengal after Kolkata, Asansol, Siliguri, Durgapur - located at 22.330239oN 87.323653oE, covering an area about 127 km2 located in south-western Medinpur.
Kharagpur Municipality is a sparkling speck in the vast expense of Paschim Medinipur. It is a great honour and pleasure for me to be a part of this glorious municipality which has stepped into its 63rd year of establishment.
This website is dedicated to the citizens and interested persons who could get access to various information on development works achieved and future programmes with a mellifluous vision. The present urban scenario of municipality prompts us to ensure Sanitation, Roads, Electricity, Pure Water Supply, better Drainage System comprising ideal environment for maximum benefit of all citizens.
We also give equal importance to e-governance. It is true that we have many miles to go. Slowly but steadily we are destined for the visions that have long been cherished. We have already computerized the Departments like - Trade License, Birth & Death. Again Computerization in Assessment, Mutation and sanction of Building plans have been taken up.
Responding to the call of government we already have introduced AMRUT (Atal Mission for Rejuvenation and Urban Transformation), NULM (National Urban Livelihood Mission), SBM (Swachh Bharat Mission), NUHM (National Urban Health Mission) & PMAY (Pradhan Mantri Awas Yojana) in our municipality to make overall development. Through AMRUT Projects, we are making infrastructural development of those wards where it lacks. Through NULM, we are making means of earning bread for those who are far the downtrodden section of the society. Through Swachh Bharat Mission we are going to make total clean society step by step.
In view of the aforesaid status of the City, I would like to propose that for amusement and mental development of the children and to create a beautiful spot of Tourism and other amenities like SWIMMING POOL, CHILDREN'S PARK, STADIUM etc. at a pollution free zone at Kharagpur so that the children of this city will be encouraged on seeing the proposed Children's Park & Swimming Pool etc. We are working with a VISION for the Year 2025.